I am a healthcare professional

Welcome to MEDICALLY. This website is a non-promotional international resource intended to facilitate transparent scientific exchange regarding developments in medical research and disease management. It is intended for healthcare professionals outside the United Kingdom (UK) and Australia. The content on this website may include scientific information about experimental or investigational compounds, indications and services that are not approved or valid in your jurisdiction. Registration status and prescribing information of medicinal products may differ between countries. Roche and Genentech do not support, endorse or recommend the unapproved use of any compound or service in your jurisdiction, including those discussed on this website.

Please refer to local product information for any medicinal products mentioned. Information available on this website does not constitute professional medical advice, and Roche and Genentech accept no responsibility for access to or use of the same. Healthcare professionals outside the US are required to register and log-in to access the full range of content available on this website.

We use cookies on this site to enable the site to function properly and to enhance your user experience. Cookies are files stored in your browser, which most websites use to personalize your web experience. Your information will only be used to provide information that is relevant to you. It will not be used for any other purpose. If you wish to restrict or block cookies, which are set on your device, then you can do this through your browser settings.

I am a healthcare professional
(outside the UK and Australia):

By following this link, you are leaving Medically and entering a website that is not owned or controlled by Roche. Roche does not take any responsibility for access to or use of this website, nor for any content therein.

This ATS 2021 in-depth report provides an update on advances in precision medicine in cystic fibrosis. 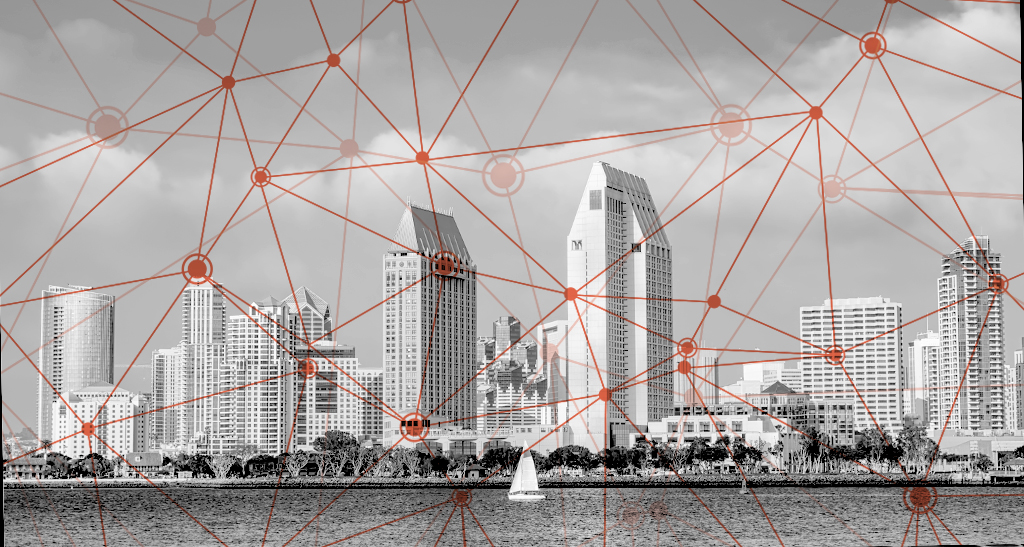 The 2021 Annual Congress of the American Thoracic Society (ATS) was held between May 14th and 19th and showcased the latest advances and breakthrough discoveries that will reshape the future of respiratory science, patient care and global respiratory health. A robust scientific, educational and networking programme was delivered via the virtual ATS platform, which included clinical and scientific sessions, keynote series, postgraduate courses and meet the expert sessions. 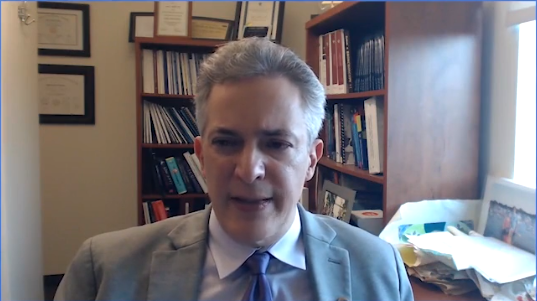 ATS 2021 got underway with the opening ceremony and an address by current President Juan Celedón, who highlighted the extreme challenges of the past year which ATS has addressed with advocacy and a renewed focus on its over-arching mission to advance research and careers, clinical care and public health. Incoming President-Elect Lynn Schnapp then outlined key priorities and opportunities for the year ahead which include infrastructure upgrades, the leveraging of new learning methods and technologies and an increased focus on collaboration and knowledge-sharing.

“This past year, a once-in-a-century catastrophe has revealed the character and commitment of our ATS members who confronted the COVID-19 pandemic with selfless devotion to prevent further suffering and help those afflicted.” 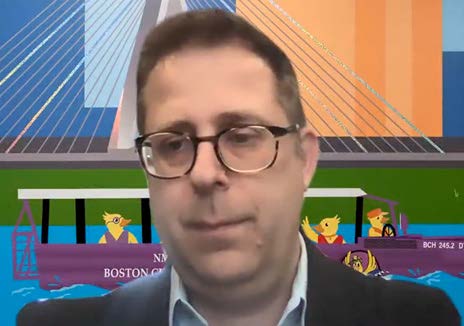 Gregory Sawicki, Boston, USA, highlighted the ‘great promise’ of precision therapeutics targeting the genetic underpinnings of cystic fibrosis (CF) which may have opened up a new paradigm in the overall care model and are helping to dramatically improve disease outcomes. Four CF transmembrane conductance regulator (CFTR) therapies are now approved including the most recent triple combination of elexacaftor-tezacaftor-ivacaftor. Emerging evidence suggests efficacy with ivacaftor is sustained long-term, but it is currently unclear how recently approved agents will modify disease progression over time. The treatment of ongoing inflammation and infection also remains essential, stressed Dr Sawicki. 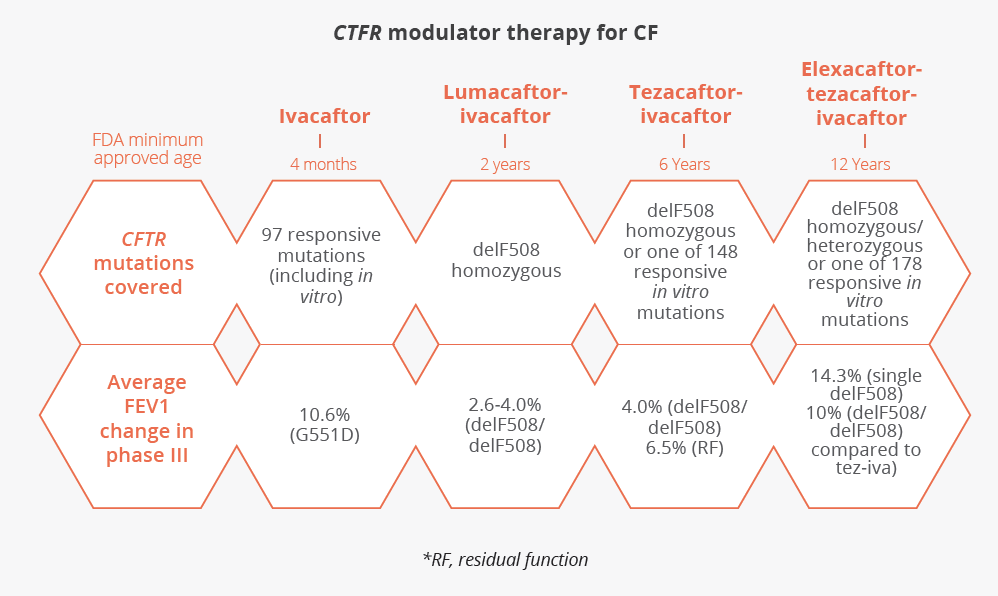 “As paediatric pulmonologists, we really do need to think about the introduction of CTFR modulator therapy into younger and younger populations.” 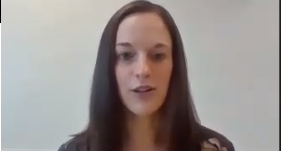 “Baseline differences suggest that patients with increased inflammation and remodeling are at risk for poor lung function response to modulators so optimising conditions prior to starting therapy may increase the benefits.”

The overall prevalence of laterality defects in primary ciliary dyskinesia (PCD) was confirmed to be ~50% in a prospective multicentre study (N=559) presented by Andrew Barber, Chapel Hill, USA. Those patients with normal ciliary ultrastructure were almost exclusively situs solitus (SS). The prevalence of laterality defects was greater in the outer dynein arm (ODA) as compared to the inner dynein arm, central apparatus defects and microtubular disorganisation (IDA/CA/MTD) group.

Results of a multicentre cohort study (N=123) exploring the association between hospitalisation for neonatal respiratory distress and future lung function in children with PCD were discussed by Wallace Wee, Toronto, Canada. Length of neonatal hospital stay was associated with worse lung function, with each additional day in hospital found to be associated with a 0.27 drop in FEV1 independent of the underlying ciliary ultrastructural defect.

Intelligence augmentation (IA) systems using the Clinical Annotation Research Kit (CLARK) may have a role in identifying known and undiagnosed PCD based on a cohort study of 8000 patients, explained Sara Abu-Nasser, Chapel Hill, USA. A cut-off CLARK score of 0.8 was found to have higher specificity and sensitivity for the paediatric versus adult cohort.

In ‘a tale of two inherited lung diseases’, featured speaker Sharon Dell, Vancouver, Canada, contrasted progress and outcomes in PCD versus CF. Although both rank as the most common cause of inherited bronchiectasis, PCD and CF have a distinct pathophysiology and epidemiology. Median survival for CF has been steadily increasing and now stands at around 54 years while equivalent data for PCD remain lacking. Although average lung function is lower in children with PCD versus CF and declines faster, shortcomings in advocacy and research have hampered progress. However, Dr Dell stressed that PCD is now ‘catching up’ and important advances have occurred recently with the establishment of 25 PCD expert clinical centres across the US and the first patients enrolled into a PCD registry.

Looking ahead to next year’s congress, ATS is planning a live, in-person event in San Francisco which will be complemented by a rich array of online content. This hybrid conference will take place in May 2022, with final dates to be confirmed.

©Springer Healthcare 2021. This content has been independently selected and developed by Springer Healthcare and licensed by Roche for Medically. The topics covered are based on therapeutic areas specified by Roche. This content is not intended for use by healthcare professionals in the UK, US or Australia. Inclusion or exclusion of any product does not imply its use is either advocated or rejected. Use of trade names is for product identification only and does not imply endorsement. Opinions expressed do not reflect the views of Springer Healthcare. Springer Healthcare assumes no responsibility for any injury or damage to persons or property arising out of, or related to, any use of the material or to any errors or omissions. Please consult the latest prescribing information from the manufacturer for any products mentioned in this material.